Computation of the co-ordinates of the points of interest from the data extracted from the spherical panoramas is more efficiently carried out using intersecting vectors in space, but standard trigonometry is probably more familiar to most people and can also be used.

When using the projections from Spherical Panoramas the directions in space are from a single origin making the mathematics much more straight forward than when using a camera mounted on a theodolite as for Photographic Intersection.  Not only do we need to consider the offset of the entrance pupil as shown below, but for most lens, especially fisheye lenses, the entrance pupil is itself a variable changing with the angle the rays enter the lens.

The displacement of the Entrance Pupil of the camera lens and the intersection of the Standing and Trunion axes of the theodolite is corrected for using basic trigonometry. 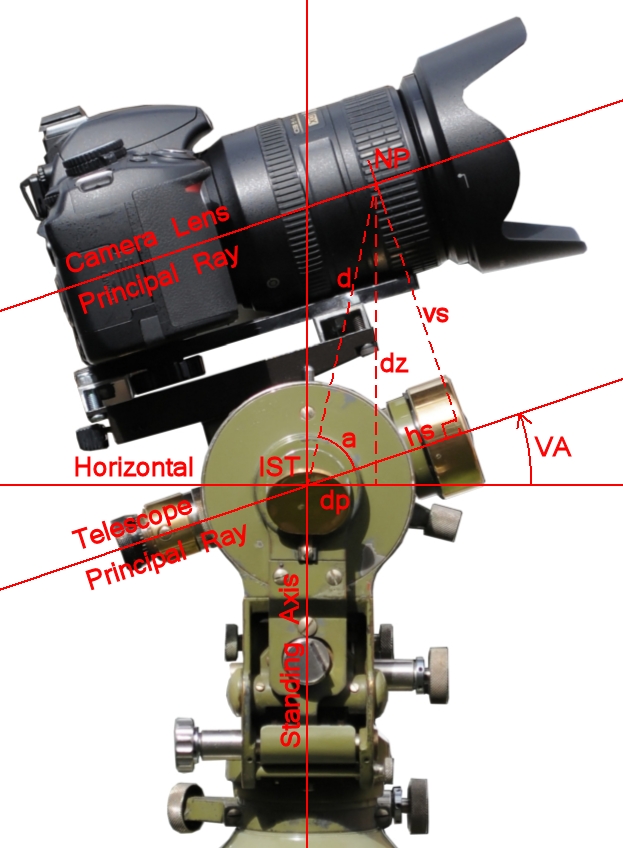 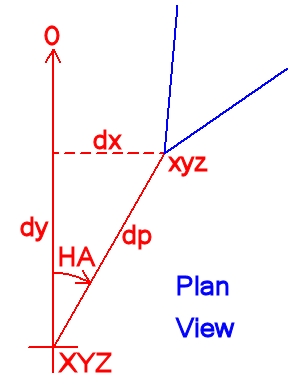