Available for a reasonable price on line at Amazon Books, Lulu.com and other sources. 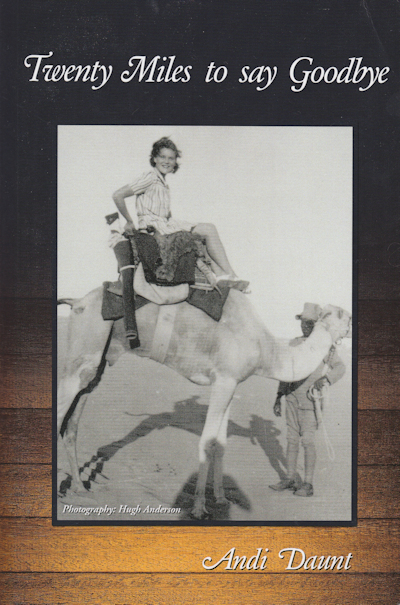 A moment of solitude slipped into eternity. Far below, the Great Rift Valley stretched beyond the blue horizon: vast, exquisite, and tantalising. Sleepy volcanic mountain ranges embraced the rift on either side, until they too, were absorbed into the hazy distance. Mount Longonot rose above the rolling golden savannah, and a tiny straight dirt road marched for miles across the plains. This was the road we would be taking to Mau Narok.

We pulled to a sudden halt. We had run into a huge pack of baboons − hundreds of them, each side of the road, in front of us, and behind. Quickly we wound up the windows, hurriedly hiding any food that might excite the primates. Several baboons jumped up on the bonnet, peering through the windscreen at us. They clambered all over the car, great big hairy creatures with ugly bald bottoms, long snouts, bared yellow teeth and small round eyes. Meanwhile dozens and dozens more loped across the road on all fours. Baboon mothers with babies on their backs or clinging to their underbellies, were flanked by single adults and scampering youngsters. The odd burly male sauntered by, eyeing us menacingly. Evidently the tribe was on a mission. Nine or ten baboons explored the car, leering through the glass as they hung from the roof ogling our little baby through the back window. She was equally fascinated. Quietly, we sat and waited until the baboons were ready to take leave of us. Eventually, they scurried off to join the rear guard, and we were able to continue our journey. Dust billowed out behind us, while the highlands ahead invited us closer.

Leaving the farm behind us, we travelled through forests, sighting black and white colobus monkeys swinging through ancient bearded trees. Then, descending onto the plains, we passed Narok, a sleepy settlement of dusty dukas, where skinny cattle and goats wandered aimlessly over the road. The afternoon wore on and we eventually pulled up beside a group of Maasai, sheltering beneath an isolated thorn tree. It was hot and still, and the air thick with flies. A languid lazy stupor hung around like a slow Sunday afternoon. No one was going anywhere. There was nowhere to go. Tumbling out of the truck, we greeted the Maasai and curiously observed one another. The men, with earthy ochre hairdo’s, were attired in simple faded red blankets draped over one shoulder, revealing their dark skin, and supple bodies, leaving little to the imagination. Chattering, bare-breasted young women stared at us, before touching our arms and hair and dissolving into fits of giggles. Bruce talked to the group in Maa, translating back to us. He was told that the necklaces, bracelets and earrings each person wore signified the wearer’s particular status. The women wove the hundreds of little coloured beads onto leather thongs in patterns of their own, to express whether they were single, married, with child, a mother, grandmother, or widowed. They were partial to red beads, which were the Maasai colour. Green beads signified grass, and blue was God’s colour. A young girl took off a necklace she was wearing and offered it to me. Perhaps she was soon to change her status? The necklace was beautiful and I am still its proud owner. The morani warriors had gathered round Lee and Bruce, proudly displaying their spears. Lee asked Bruce to offer a warrior a good price for his spear. Quicker than an arrow the answer came back; “A spear is necessary. What use would money be out here?” Lee’s face acknowledged his understanding and respect for this Maasai warrior in his own vast, remote world, and we bid farewell. As we clambered back into the Toyota, the Maasai strode off into the long grass in single file. They were the last people we’d see for several days.

Lulled by earthy sweet scents, we lounged beside the fire embers, gazing at the bright starry sky.  Our ears tuned into the noises of the night.  Millions of insects droned, frogs croaked, night-birds screeched. Zebra barked, jackals cackled, hyenas laughed, and a lion coughed − somewhere out there. It felt good to be alive, to be here, alone and far away, wrapped in the soft velvety African night. Someone shone a torch around, and from the darkness, a thousand golden eyes reflected in the beams. It was amazing, as though the sky had fallen, filling the earth with scattered stars. All around eyes twinkled in the light. There were hundreds and hundreds of grazing eyes, watching eyes, hunting eyes. We certainly were not alone, we were totally surrounded by a multitude of creatures. Wildlife was everywhere, revealed only in a beam of light, invisible in the darkness of night. The night really does have a thousand eyes.

We had lived further out in an area known as Makuyu, where Dad managed of Punda Milia Sisal Estate. This estate was named after the vast herds of zebra that once roamed the land freely. In 1906 two Irish settlers, Swift and Rutherford, planted the country’s first commercial sisal here. Apparently they had one bicycle between them. When they both wanted to go to Nairobi, 50 miles away, one would set off on the bike, while the other walked or trotted. After bicycling so far, the rider would leave the bike beside the road, and continue on foot. Later, the walker would reach the bike, and ride on, past his friend, until he too had cycled the agreed distance. And so in turn, walking and riding, they would both arrive in Nairobi!