The Angle of View of a lens, or what the lens “sees”, is an important element in photography.  With the ubiquitous zoom lenses available today this is more a function of what we see in the viewfinder or on the screen, but for certain applications, such as 360° panoramic photography it is useful to actually know the Angle of View for a particular lens so that the number of shots, and their orientation, can be calculated. 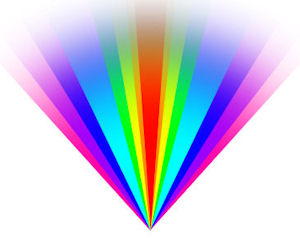 With the advent of Digital photography came a variety of sensor sizes and formats resulting in the focal length of the lens becoming a meaningless number when considering its Angle of View, unless the sensor dimensions are known. The camera manufacturers, retailers and magazines adopted the convention of quoting the 35 mm equivalent so that those familiar with the lenses used for 35 mm Film cameras could relate to the Angle of View (e.g. focal length 5.2-26.0 mm (29-145 mm – 35 mm equivalent).  This is fine for those who remember 35 mm Film photography!  I feel however that a golden opportunity to adopt the convention of expressing what the lens sees as its Angle of View was missed.  Quoting an Angle of View for a lens for a particular camera would mean that the knowledge of the lens focal length and sensor dimensions would not be necessary in order to understand what the lens sees.

Quoting the Angle of View still has a complication when it comes to calculating the number and orientation of images required for a 360° panorama because the convention is to quote the Angle of View across the diagonal of the image in the same way as TV and VDU screen sizes are expressed.  The information we need for our 360° Panorama calculations are the angle subtended by the height and width of the image rather than the diagonal.

This formula works well for the longer focal lengths, but becomes unreliable as the focal length decreases and does not work at all for fisheye lenses, so I decided that the solution was to determine the values empirically.  To do this I set out a semicircle of nails at 10° intervals and photographed them with a camera with a Nikon APS-C sensor (23.6 mm x 15.7 mm) and with the Nodal Point of the lens at the centre of the semicircle.  The results are shown in the following table:

The following images show the difference between using the lenses with a 35 mm Film SLR camera (Nikon F80) and a DSLR with an APS-C sensor (Nikon D60).  The lenses used to produce these images are designed for use with the DSLR sensor hence the severe vignetting on the images taken with the Nikon F80.  The exception is the Sigma 8 mm fisheye, which produces a 180° full circle  image when used with the 35 mm camera and a 180° Angle of View across the width of the image with the DSLR.

The following images show the Angle of View for the Sigma 8mm and Nikon 10.5mm Fisheye lenses and the Sigma 10-20mm Zoom Lens set to 10mm then 20mm, for a DSLR with an APS-C sensor, at 10° intervals.